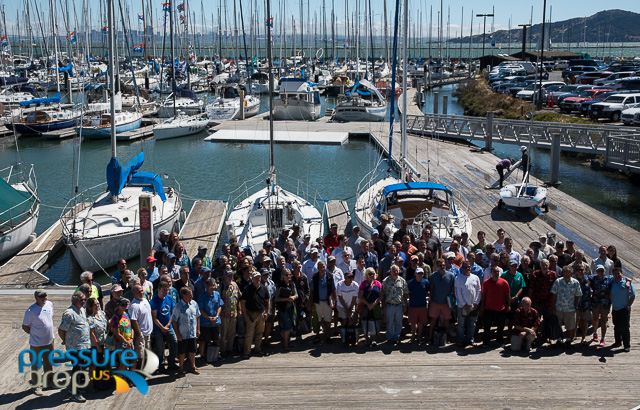 The Pacific Cup race village has officially opened on Tuesday July 3 at the Richmond Yacht Club in Point Richmond, California! With the first starts of the 20th edition of the Pacific Cup yacht race now less than a week away, Richmond Yacht Club, the race village and other local yacht clubs and marinas have become a hive of pre-race activity as the skippers and crews of more than 60 racing yachts are making their final preparations for a 2,070 mile crossing from San Francisco Bay to Kaneohe on the Hawaiian island of O’ahu.

In addition to the race village itself, there is a full social calendar during these final days before Pacific Cup 2018, which will include:

Tuesday July 3 -The first official event to take place after the opening of the 2018 Pacific Cup race village is a special downwind driving seminar with veteran racer and renowned sailmaker Kame Richards of Pineapple Sails. In a race such as the Pacific Cup - primarily off the breeze in the venerable northeast trades - the importance of good downwind driving can’t be overstated. Kame’s seminar will commence at 5:30pm, followed by a cocktail party. Tickets are $15.

Wednesday July 4 - Wednesday night beer can racing and dinner at Richmond Yacht Club on the 4th of July, followed by distant fireworks off the San Francisco city front! Can’t wait until next week to race to Hawai’i? Looking forward to some last minute practice? Then slip off the dock lines and race your Pac Cup steed in an RYC beer can! 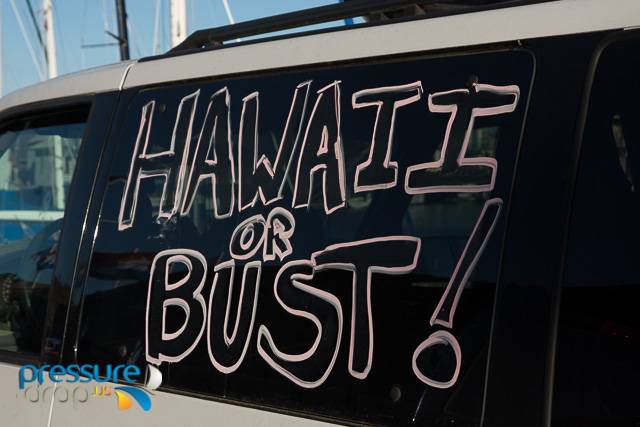 Thursday July 5 - Alaska Airlines Seafood Night will take place at Richmond Yacht Club, with Happy Hour beginning at 5 pm and the buffet opening about 30 minutes later. All Pac Cup skippers and crew who buy a dinner ticket are encouraged to enter Alaska Airlines’ raffle for a chance to win two tickets to anywhere Alaska Airlines flies! Dinner tickets are $25.

Saturday July 7 - Surely one of the busiest days at the Pacific Cup race village, there is a MANDATORY skipper’s meeting between 1 and 3 pm (at least one representative per boat must be present), to be followed by the Mount Gay Rum Bon Voyage party from 3-7 pm. The party will feature live Hawaiian music, a chance to meet famed local sailing artist Jim Dewitt (and get your official Pac Cup 2018 poster signed!), and another killer BBQ buffet on the Richmond Yacht Club deck from 4 - 7 pm. Bon Voyage party tickets (with food and a drink ticket) sell for $35. 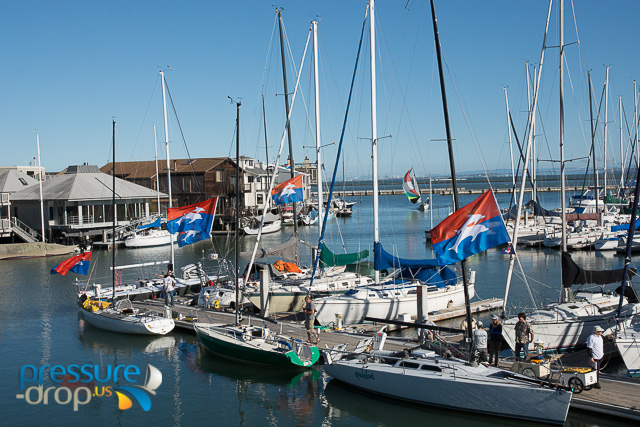 Skippers and crew, this is YOUR party, so do it up right! Show your stoke for the upcoming race and wear your aloha and/ or crew shirts… the best dressed crew will be eligible for special prizes AND bragging rights!

Come one, come all, the 20th edition of the Pacific Cup is upon us! Richmond Yacht Club and the Pacific Cup Yacht Club invite you to come visit the race village, take in some of our fun pre-race activities, check out the boats, and wish the competitors a warm aloha.

The first starts of the 20th Pacific Cup will take place on Monday July 9 off the San Francisco city front.

For more information on the race village, the race itself or any upcoming events, please visit the Pac Cup official website at pacificcup.org.